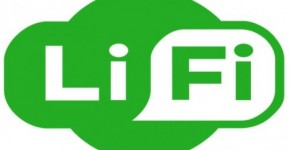 In the current scenario, the world is daily upgrading with the cutting-edge technologies. Besides the invention of advanced gadgets and equipments, the right time has come to switch your WiFi to LiFi technology, which might be 100 times faster than current Wifi’ speed. According to some researchers who recently have tested the new wireless internet connection called Li-Fi that would be a great substitute of WIFI. But before digging into this topic, let us explore more information about this innovative technology

What is Li-Fi Technology?

Li-Fi is a leading-edge light-based communication technology that utilizes the light waves instead of radio technology to deliver the data. It is an advanced wireless technology that transfers data instantly. In fact, the researchers and Wi-fi scientists found that Li-fi transfers the data with a speed of 224 gigabits per seconds. It is also assumed that this innovative technology will bring a drastic change in the web world.

Who Invented the Li-Fi technology?

The Li-Fi technology was started in 2011 by Harald Hass, a German physicist, who popped out with the idea of using light bulbs as remote routers at the time of TED discussion. The main idea behind his invention is to increase the speed of the wireless technology.

According to a Northern Europe based company Velmenni, Li-Fi is not just a great substitute of Wi-Fi, but also offers a high-speed wireless communication technology to the end users. Actually, they tool this technology away from the labs into the real world, open streets and offices for testing its efficiency.

And the outcome of this test report is really surprising. Yes, the company could transfer data at the speed of 1 GB/ per second, which is 100 times faster than the Wi-Fi speeds.

According to Velmenni Company’s CEO Deepak Solanki, ““We are doing a few pilot projects in different industries where we can utilize the VLC technology,”

“Currently we have designed a smart lighting solution for an industrial environment where the data communication is done through the light. We’re also doing a pilot project with a private client where we’re setting up a Li-Fi network to access the Internet in [our] office space.”

The report also mentioned that the technology could be launched for people within next three or four years.

After the reports, we can say that Li-Fi technology inherits the completely different system from Wi-Fi. This new-age communication technology depends on light and cannot pass through walls, which makes it more secured and protected from outside sniffing.

The world is inventing and launching the new-age technologies and Li-Fi is among the best wireless communication technology that will give you a robust platform from where you can transfer the data with 1 GB/per second speed, which is approximately 100 times faster than Wi-Fi.

In the 21st century, privacy concerns top the list of people’s issues with spending time online. We warn children not to divulge their identity or address. We do the same…

In the current world of the technology and the internet, it is all easy for global companies and business owners to collect the needed details about various things that can…

Budget is perhaps the biggest concern for startup businesses as they look for good resources that fit within their constraints. At the same time, they should not compromise with the…