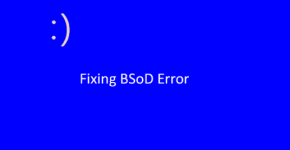 Computers have become an integral part of the world. Invented for office work, computers have come to a large and a varied base of application. Every computer needs  an operating system  to run and it is the heart of any computers.

Macintosh and Windows have certainly taken over the whole market and while both are strong contenders, it is no hidden fact that both of them have their own issues along with their strengths.  One of the most common errors you will see in Windows 8 is the BSOD problem!.

What is BSOD (Blue Screen of Death)?

Some time we all have faced issues and errors of starting Windows on our computers. It might be because we simply did not shut it the right way, or it might be because of something grave, like a malware or a virus. Getting a blue screen of death, means that there is a serious issue on your computer. A blue screen error means that either you are facing hardware issues, or the low-level softwares running in the kernel that  are having some problems. They generally do not appear when an application crashes since the application crashing does not take down the whole operating system down with it.

Fixing this problem might just be easier than what it looks though. Mentioned below are the various ways of fixing a blue screen.

Booting the computer in safe mode is an easiest thing you could do, though this is helpful in fixing only the basic problems of a corrupted disk or a corrupted application. When you boot a computer in a safe mode, only the drivers will run and no third party application can run. Once the computer is booted in a safe mode, you can identify the corrupted application, if any, and uninstall it through the control panel. If any  drivers are causing the problem, then troubleshooting will fix the BSOD (Blue Screen of Death) problem. The system restore is also a pretty easy option to catch up and a lot of people have easily fixed the BSOD (Blue Screen of Death) issue with this method. If you   are facing the problem of blue screen on your computer, the system restore option lets you select a restore point and pick up your work from any particular point. Doing this is pretty simple. Malware’s certainly have become a big concern for us and since the number of pirated copies of a lot of softwares is forever on a rise, the issues faced by malware have increased manifold. Your computer might give you the BSOD (Blue Screen of Death) error due to this as well. then  run a malware scan on your computer while operating in safe mode. The scan should identify the malware and get rid of it as well if your computer is infected!. This surely has become a common problem because of which a BSOD screen would appear.

Many times, you are going to face the BSOD problem on your computer, if your hard disk does not have sufficient space. It is for the best to You have to keep minimum 1 GB disk space free, at any costs. In this case you can start clearing the recycle bin. You can even clear all the cached data and if there is still inadequate free space, you could probably transfer your data on an external hard disk. You can keep your drivers updated, at all times. You can check up on them, check whether the old drivers were installed the right way or not and similar action could be taken with the new ones. Check if any driver updates are available, keeping your notification turned on for this. You can troubleshoot the drivers giving you troubles as well as that always does the trick of fixing the driver for you. There are Many  times, when updating the drivers too causes problems. When this happens, you can always try and reverse the update and restore the previous versions of the driver!. This is known to have helped people by a huge margin and the problem of BSOD has never troubled them again. The last thing you can do is re-installing the operating system all over again! Remember this step you should be chosen only when you are certain that none of the others are going to work out and the only option left is to reinstall windows. This is obviously a time taking process, but in extreme situations, you would not have any other option but to do this. Reinstalling windows will put a fresh version of the windows instead of repairing anything so the chances of BSOD coming up again are very less. 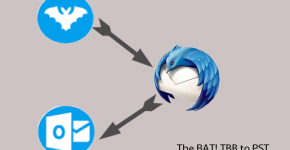